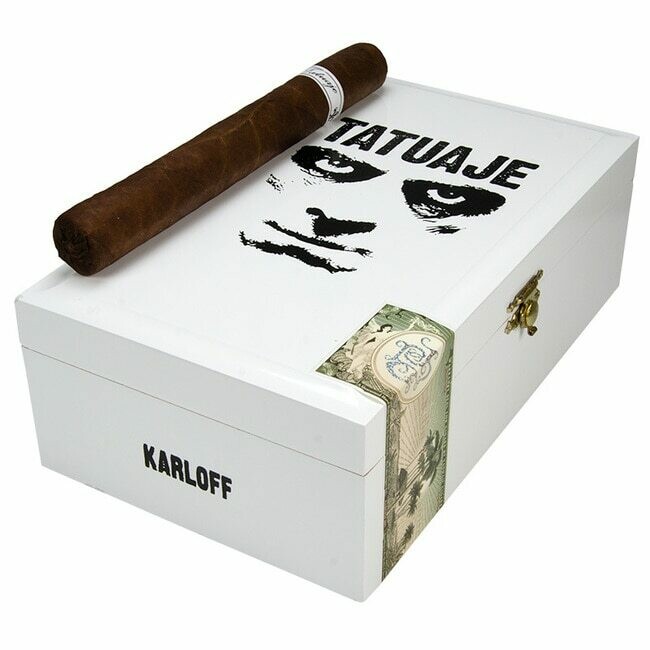 Each year since 2008, Tatuaje has introduced a new cigar in its wildly popular Monster Series. This tradition came to an end in 2019, as brand owner, Pete Johnson, had long outlined the series as containing 13 cigars at its close. However, being perhaps the most highly anticipated annual release in the world of craft cigars, the show must go on!

Beginning in 2008, Pete released a cigar dubbed Boris as an accompaniment to the first Monster cigar: The Frank. This alluded to actor Boris Karloff, who played the Frankenstein monster in the classic 1931 horror picture. Originally, the plan was to release a new cigar in the Actor Series each year, being named for the actor that best portrayed each associated monster (pretty brilliant, if we may say so). Alas, the Boris would be the only cigar in the series, until now…

Introducing the Karloff, the quasi second release in the Actor Series, continuing Tatuaje’s monster-themed takeover of October once more. As a compliment to the original Boris cigar, Karloff is not an entirely new blend. Instead, the cigar features a similar recipe of Ecuadorian Sumatra wrapper over all-Nicaraguan binders/fillers in a new 6⅝” x 49 format (differing from the 7″ x 49 Boris). Pete Johnson also describes the blend as being a bit more intense than the original, offering a medium-to-full body and dense flavor complexities of aged leather, cocoa, black pepper, caramel, and sweet raisins riding beneath the surface.